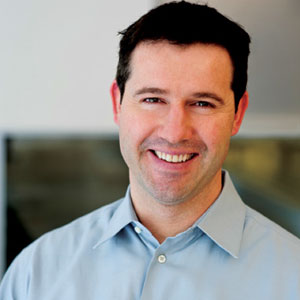 A former Google executive, Stephane Panier, Founder and CEO of BetterManager firmly believes in this philosophy. Having dealt with recruiting and initiating teams when in Google, he realized the importance of people management and the relationship of a manager with his/her team. The idea of BetterManager struck Panier when his team members told him that he was a good boss. To test this idea, Panier sent a survey to his previous teams for a feedback of his managerial skills. The insights from the survey worked for him, and he brainstormed his way to disrupt the management executive coaching industry, thus, establishing BetterManager in 2016. A firm that brings executive leadership coaching to all managers, BetterManager started, “with a goal to help managers instil positivity in their team members and within the organizations,” asserts Panier.

When Panier established BetterManager, it was apparent to him and his co-founders Wendy Hanson, and Will Corley that they needed to first understand the skills of great managers. After thorough research, they found that they had to coach and teach managers key behaviours, which included, good coaching, understanding employees’ strength, empowering them, recognizing their excellence and more. Panier, Hanson, and Corley took it upon themselves to help managers become more effective leaders, which in turn, led to stronger, higher-performing teams. The approach led the firm to build its flagship leadership coaching program—The MAP (Manager Acceleration Program) for new managers, experienced managers, managers of managers, and executives.

“We have grown from two coaches to 40 coaches today, and have maintained the zest and zeal to coach managers since the time we started out” adds Panier. BetterManager coaches are selected based on high quality standards to meet the growing demands of clients, helping them to become the leaders and managers that they aspire to be. Additionally, the firm has created the ‘four pillars of management’—understanding of self and role as a manager, understanding the team members and building trust, leading a team with a vision and plan, and managing their network, which is critical for the overall development of a manager. “Each pillar is foundational, interdependent, and consists of behaviours and practices the best managers have learned to apply and perfect,” says Panier.

Sharing a customer experience, Panier says, “SurveyMonkey—a people-powered data platform—was the first to partner with us for the pilot program as it scaled up to 750 employees by 2009.” Due to this rapid growth, the leadership team wanted its managers to develop their management skills further. The program consisted of coaching sessions for ten employees at various levels and was much appreciated by the firm. Hence, from offering executive-level coaching and quality, structured framework, the program addressed the obstacles faced by SurveyMonkey in realtime, thereby, expanding its engagement with BetterManager in 2017.

We know managers define the culture or a company and employee satisfaction and productivity. And, while a lot of money is spent on training, it’s not sufficient, a leadership development program/coaching is necessary,” concludes Panier.

NEXT New Growth: Creating Momentum and Value Through Executive Coaching

Tandem Solutions: The Amalgamation of Longitudinal and Interactive Learning

Basic And Applied Research In Aerospace Sciences At The Office Of...

CRM: The New Center of the Marketing Universe

Insurance Market is in Full Swing in Tune with the Digital...

The Future Of Oil And Gas Industry With Digital Solution